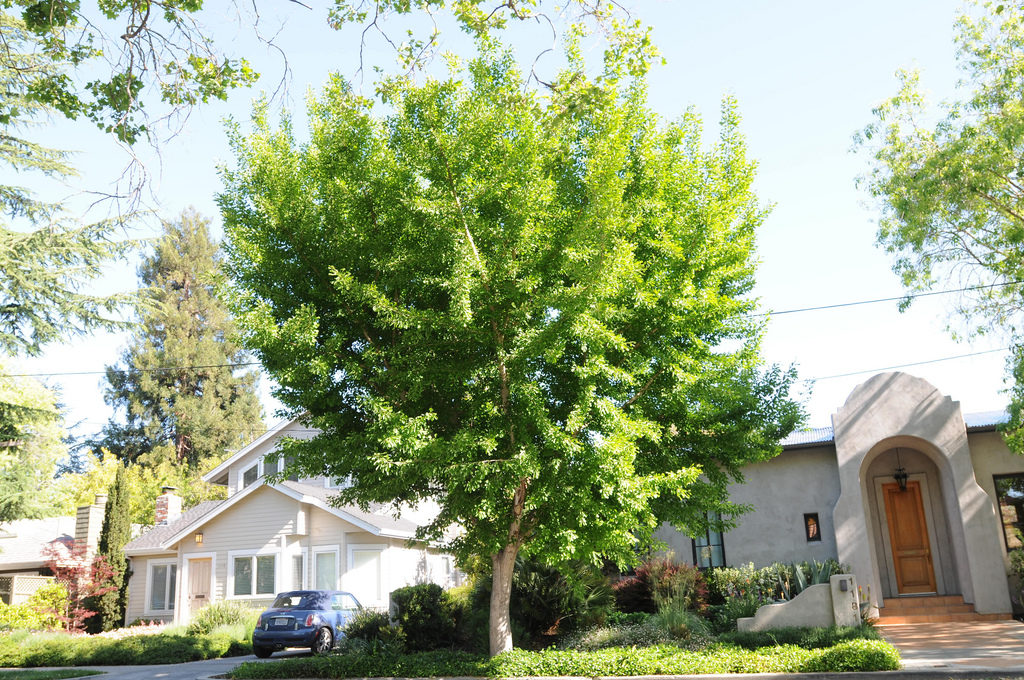 The ginkgo tree (Ginkgo biloba) is a living fossil — it has virtually unchanged in 200 million years and is the sole surviving  species in its family. Ginkgo leaves have been found in the fossil record from 270 million years ago, and evidence suggests that other species of ginkgo trees used to grow all over the world.

Their abundance slowly declined from the action of glaciers in America and Europe until around 2 million years ago when their growth was restricted to a portion of Southwestern China.

Despite this, G. biloba is resilient and thrives in urban environments. It has deep roots that prevent it from being knocked over by strong winds. The tree is resistant to pollution and diseases, and its beauty in the autumn months makes it popular in cities.

Resiliency of the ginkgo tree

An extreme case of their resilience is found in Hiroshima. There were six ginkgo trees that were growing within a mile of where the atomic bomb was dropped during World War II. All six trees were among the few organisms that survived the blast and are currently still living and healthy.

The genus name Ginkgo is a misspelling of the Japanese gin kyo, meaning “silver apricot.” It is named after the white shell of the nut-like ginkgo seed. The epithet biloba refers to the distinct fan-shaped, two-lobed leaves.

Popularity of the ginkgo’s edible fruit

G. biloba is a dioecious species, meaning that there are distinct male and female trees. Female trees produce fruit, which can be found in Asian grocery stores in the fall. The shells can be cracked with walnut a cracker and the seeds can be sautéed lightly in oil until they turn translucent jade green, then sprinkled with salt. The delicious nuts make a great accompaniment to beer or wine.

However, the raw fruit surrounding the nut contains butyric acid which causes it to smell like rancid butter. As such, in some urban areas only male ginkgo cultivars (which don’t bear fruit) are planted. Unfortunately, male cultivars come with their own disadvantages — the pollen they produce is highly allergenic.

Despite the smell of the fruits, ginkgo seeds and leaves are a large part of Chinese culture. The seeds are a common Chinese food, and leaves have been used medicinally to cure many ailments, including increasing mental concentration and improving vision.

Medicinal use of ginkgo and its side effects

While there have been no conclusive studies on the medicinal benefits of ginkgos, there are a few known side effects. The fruit contains small quantities of the compound ginkgotoxin. Ginkgotoxin is a neurotoxin that is structurally similar to the vitamin B6, but synthesized in the plant from scratch rather than modifying an existing vitamin. It is made by the plant to deter herbivores from eating its seeds before they are ready to be dispersed.

Consuming high amounts of ginkgotoxin prevents your body from using Vitamin B6, which can lead to seizures or even death. The leaves and fruit also contain ginkgolic acids such as bilobol and adipostatin A, which are phenolic lipids similar to urushiol, the irritant in poison ivy.

The ginkgo tree is an ancient tree that has been considered sacred in China and planted around Buddhist temples. Despite its foul-smelling fruit, it is well-known for its beauty and is cultivated all over the world.